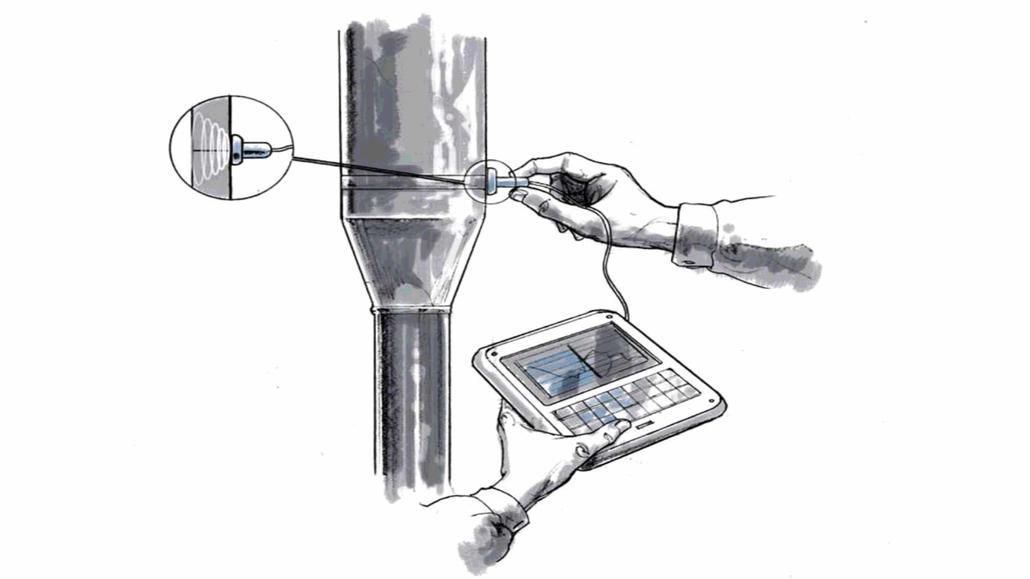 Piezos are used in a broad variety of applications for non-destructive testing e.g. cement bond evaluation, casing thickness gauging and flaw detection in pipes and welded joints. Where other testing techniques require to destroy the part or the system being tested, this is not the case with non-destructive testing. In many cases, the testing can even be performed without interrupting production, making it the perfect testing technique for the oil and gas industry among others. The development of non-destructive techniques, made possible by high performance piezo transducers, makes the exploitation safer and more reliable.

How it works
The term non-destructive testing covers a wide selection of techniques. Ultrasonic non-destructive testing uses piezo transducers and employs the same principle as you find in sonar systems. When the high frequency sound wave or pulses of sound radiating from the transducer hits a material with a different acoustic impedance (density and acoustic velocity), the reflected sound is then sensed by the same transducer and used as a basis for determining the presence and severity of a defect.

Which piezo elements can be used for ultrasonic non-destructive testing?
Non-destructive testing applications are typically constructed with monolayer piezo transducers. Ultrasonic transducers for NDT applications can be thin discs or plates of our NCE40 material, operating at very high frequency (MHz range) in order to generate very short pulses for a good depth resolution.