What is a dynamic application?

In a dynamic application, the dynamic forces (inertia or mass multiplied by acceleration) and damping forces (force depending on speed) are not negligible. As a result, the system cannot be modeled by simple linear equations, but by differential equations.

The limit between a static and a dynamic application depends on many parameters. If a mechanical resonance is present at less than three times the operating frequency, then the application is dynamic. Fast driving signals (steps) also call for a dynamic analysis. 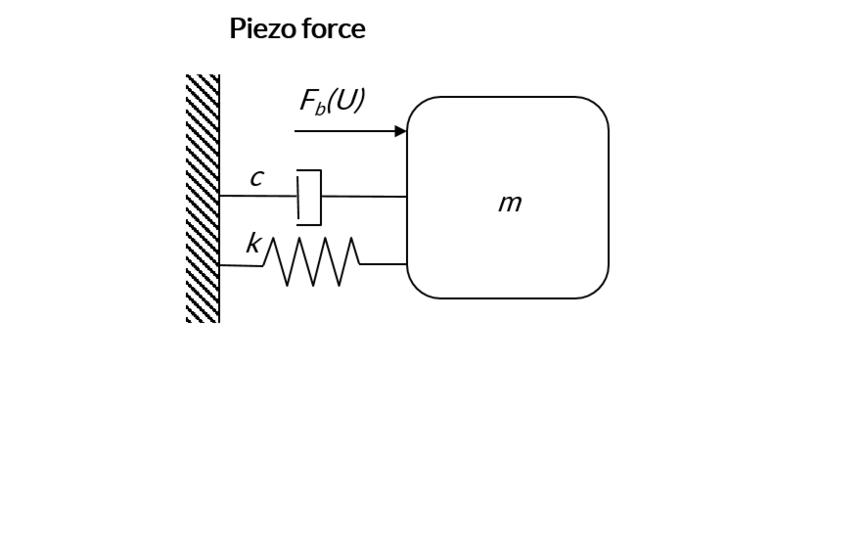 In a static application, a piezoelectric actuator can be modeled as a spring, with a characteristic that can be offset by an electrical field. For a dynamic application, this model has to be expanded to include at least the damping and mass of the moving part (piezo + load). The piezo effect can be modeled as an external force, proportional to the voltage, acting on the load.

In this approach, the system is equivalent to a damped harmonic oscillator, driven by the piezoelectric force. This means that for a given driving force (i.e. voltage amplitude) with an increasing frequency, the amplitude of the displacement will increase up to the mechanical resonance, then decrease. Phase will change from 0 to 180°. The amplification factor due to resonance can be substantial, leading to increased stress on the piezo element. Therefore, in most cases the excitation signal will need to be reduced around resonance.

It is important to know what limits the performance of the piezoelectric actuator in the application. Limitations can be of three types:

Since stress and self-heating are directly related to frequency, it is important to understand the dynamics of a system in order to validate the design of the piezoelectric element.

Go to the next page of this tutorial (The Mason model, definition and identification of the dynamic parameters)

Our free 1.5 hour webinars follow the same structure as our tutorials.