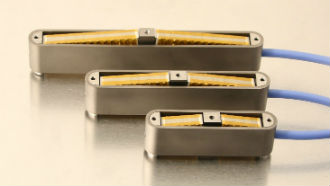 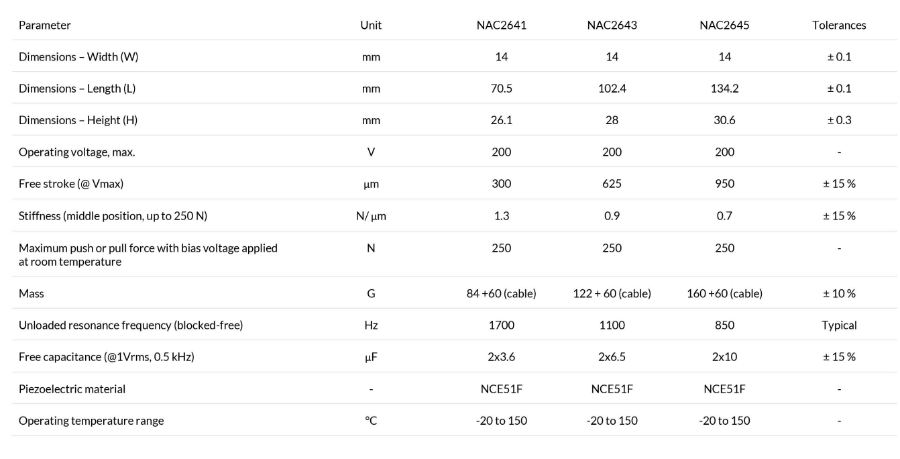 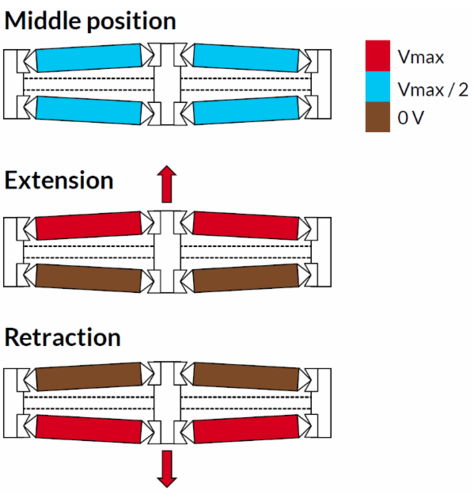 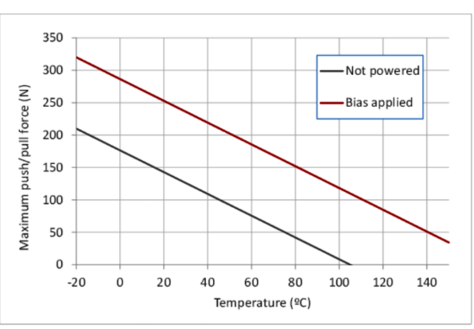 Principle
The amplified actuator is based on four piezoelectric stacks, connected in pairs. Each stack is hinged at its ends and maintained in place with a small angle. The arrangement is shown in the figure. The whole assembly is preloaded through the use of a tension member maintaining the fixed members in place. This ensures that the piezoelectric stacks operate in optimal conditions.

The amplified piezo actuator is operated as follows. When the applied voltage is increased on one pair of stacks, it is decreased on the other pair. This contributes to a movement of the output member in one direction. It should be noted that in the case of a free displacement, the tension in the piezoelectric stacks as well as in the tension members (therefore the preload) remains almost constant. This means that strain energy is transferred directly from the stacks to the output instead of being stored in the amplification mechanism. As a result, this amplification method is very efficient. In addition, the structure is not submitted to high bending mass and thus not subject to fatigue.

Temperature stability
Upon temperature change, differential thermal expansion between the ceramic and the other materials in the assembly will lead to a change in force repartition. This will result in a change in the internal preload. Therefore the maximum push or pull force needs to be adapted, see graph. However unlike most of the existing amplification schemes available on the market, this will not result in a movement of the output. 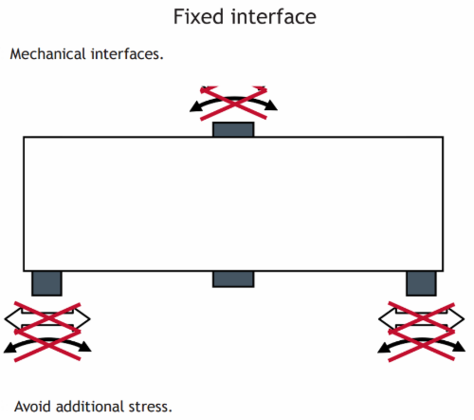 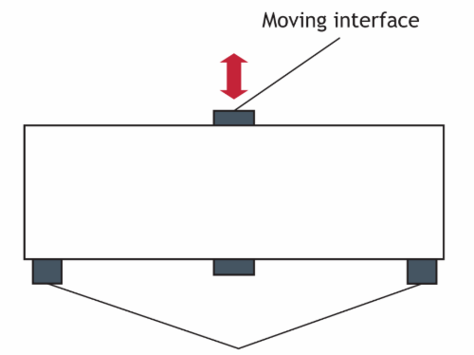 Warning: avoid additional stress on the actuator such as: 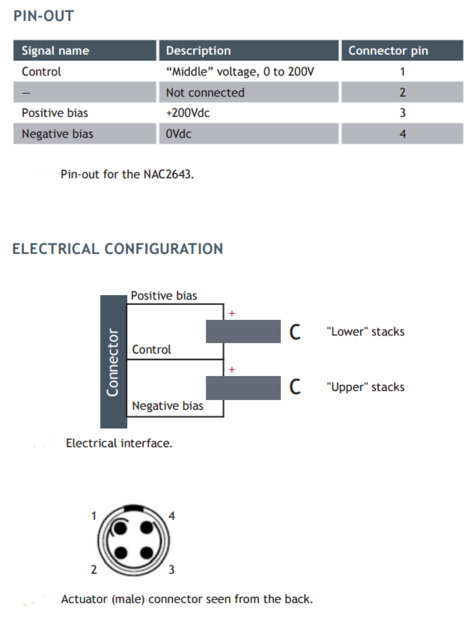 As a standard, the actuator is fitted with a connector LEMO FGG.0B.304.CLAD52Z.

It mates for example with: 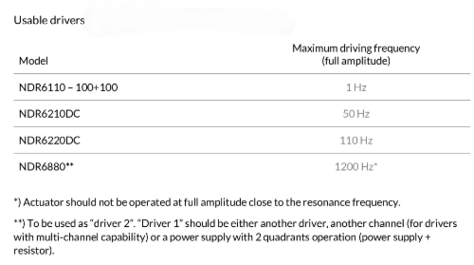 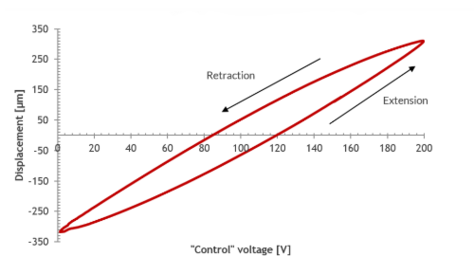 The amplified actuator can be driven using a standard driver NDR6110 -100+100 (+/-100V version). Due to the high capacitance of the stacks, this is only recommended for static operation (<1Hz).

Driver 1 should be adjusted to 200 Vdc. It should be able to provide both positive and negative current (2 quadrants operation).

Driver 2 should provide a voltage between 0 and 200 V. Displacement of the actuator will depend on the applied voltage: 0 V = fully retracted; 200 V = fully extended (see hysteresis curve below).

WARNING: Always ensure that the voltage provided by driver 2 is lower than that of driver 1. Failure to do so will lead to de-poling of the “lower” stacks, resulting in performance loss or even permanent damage. 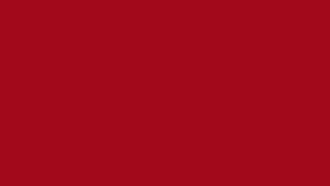 NDR6110 Single Channel Dynamic Driver
NDR6110 is a standalone single channel dynamic driver. The driver features bipolar and unipolar output load, and has a galvanic separation of the output. The NDR6110 can supply actuators with a...